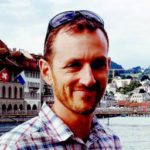 Pastor Roth Reason
Roth was born in Ohio, but loves living in Central PA! He graduated from Oberlin College and Westminster Seminary in Philadelphia. He and Gabriela were high school sweethearts and now have 2 girls and a boy. Roth’s hobbies include reading novels, history and theology or watching foreign films. But you are most likely to meet him running through the mountains with a big smile. 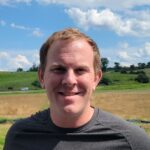 Associate Pastor Josh McKamy
Josh McKamy began attending Redeemer in 2006 as a new Christian and a student at Bucknell university. At Redeemer he met his wife, Kristen, became convinced of the Reformed expression of the Christian faith, and felt the Lord calling him to serve in full time Christian ministry. After graduating from Bucknell, Josh attended Westminster Theological Seminary in Philadelphia, where he graduated in 2013. Josh served as a church planting pastor in Chambersburg from 2014-2020 before being called to serve here at Redeemer as associate pastor in 2021. Josh and Kristen have four children and are delighted to be back at Redeemer! 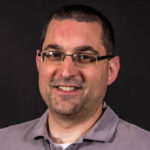 Elder Mike Chartowich
Mike Chartowich is one of the two elders of Redeemer OPC and works for DiscipleMakers ministry on university campuses in the Susquehanna Valley. He and his wife Lyn have four children ages 8 to 2. He has a B.A. in Philosophy from Bloomsburg U. and is easy to engage in friendly discussion on a wide range of topics.

Elder Bob Garvin
Bob Garvin is one of the Ruling Elders at Redeemer OPC.  He lives in Danville with his wife Tesha and their 6 children, and serves the community as a physician and surgeon at Geisinger Medical Center.  He was raised in the Reformed Presbyterian Church (RPCNA) and attended Geneva College where he and Tesha met.  From there he attended Temple University School of Medicine in Philadelphia for 4 years.  Then he and Tesha moved to Pittsburgh for 5 years of residency training in General Surgery, then moved once more to Hershey for 2 additional years of fellowship training in Vascular Surgery.  During his years of training he and Tesha had memberships in RPCNA and PCA congregations.  He and his family moved to Danville in 2009 and have been part of Redeemer OPC since then. A year after moving to Danville, Bob participated in leadership training under Pastor Roth Reason, and became ordained as a Ruling Elder at Redeemer in 2011 when the church particularized.  Bob embraces Reformed Theology and solid Biblical preaching, both of which are foundational to the ministry here at Redeemer OPC.

Deacon Jeffrey Inns
Jeff is a native of central PA and an alum of Bloomsburg University.  By day he works as an IT Project Manager, and the rest of the time, if he’s not spending time with his family, he’s running the chainsaw, mowing grass, fixing & repairing stuff, and cooking up Cajun food.

Come Worship With Us Every Sunday

We invite you to join us for worship. It is our prayer that our church would equip and enable you to delight in the grace of Christ and the fellowship of a loving community of fellow believers. We hope to see you soon!

How to Find Us

That which we have seen and heard we proclaim also to you, so that you too may have fellowship with us; and indeed our fellowship is with the Father and with his Son Jesus Christ.”
1 John 1:3

The goal of Redeemer Orthodox Presbyterian Church in Danville, Pennsylvania is first and foremost to worship God through Word and sacrament. This includes God-centered worship services, Bible studies, Christian education, and outreach to our local community. Learn More >>